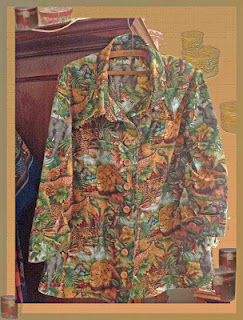 VINTAGE PODCAST!
Listeners have requested that I re-publish this show, last published in
April 2013 (and removed for not-very-exciting technical challenges)

SEW now.... the February 2014 ReRun....
"Enchanted By Sewing" Podcast is, once more,
available in the pod-o-sphere!
This month we're getting' Shirty.
You can listen to the show right on the web by clicking on this link. Or, download this podcast free from iTunes, to play on your favorite mobile device/mp3 player (like an iPhone or an Android), by clicking on this link to iTunes.
~~~
Is that garment you're sewing a shirt or a blouse? Is it the collar stand, or lack thereof that makes you decide one way or another? How about set-in sleeves versus dropped? Maybe it's your choice of fabric.... This month Laurel talks about her experiences creating her No. 1 Ladies Detective Agency Shirt, with a Butterick pattern that sometimes says shirt and other times blouse. She also discusses sewing techniques that say shirt, and chats a little about the history of shirts and shirty language (with special attention to a scene from a Harry Potter book ).
This podcast is an extension of  my on-web sewing life journal Me Encanta Coser, a blog that tells the story of an arty-romantic plain sewist in CA. My blog is written in English. The blogs name, and occasional references, pays tribute to the beautiful Spanish language which is a part of both the history and modern culture of the San Francisco Bay area, where I live.

The show is created, produced, and brought to you by Laurel Shimer author of the Time Travel e-book My Heart Beats Faster in Past Times. This historical romance, ebook-novella is available exclusively on amazon.com for your iPad, nook or kindle ebook reader, for only 99 cents (Only 99 cents? That's less than a cup of coffee!)

This book has really helped me to learn how to sew different seam finishes. The illustrations and descriptions are spot on!

Please post other links and other pertinent information that you would like to see included in these show notes. 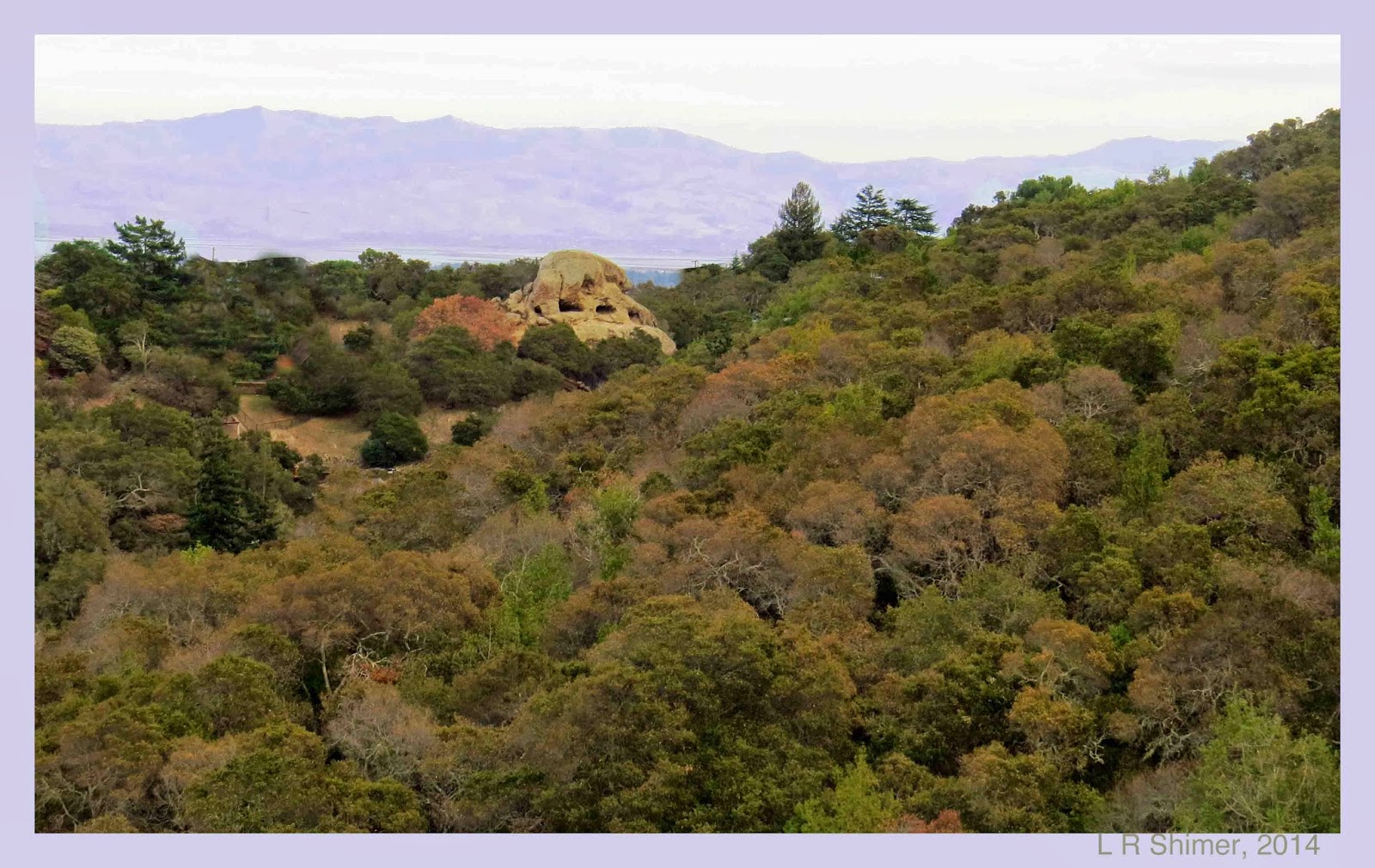 Trailside, do I see
Pirate's cave across the way?
Handley Rock beckons!

You can't get there from here.

Handley Rock is a secret treasure discovered for the first time by many, only because they hiked at Edgewood Nature Preserve. Reminiscent of Never Never Land,skull shaped Handley Rock, beckons to local rock-climbers,mystics, romantics, and pirate-loving locals.

When hiking Edgewood's Sylvan Exercise Loop, I begin to look for Handley Rock shortly after I pass the first half mile posting shortly past the Waterfall. As soon as I see gaps in the vegetation  that screens the valley that lies roughly southeast(East is towards the San Francisco Bay. South is San Jose) I begin scanning for this mysterious piratical dome that formed from Whiskey Hill sandstone. 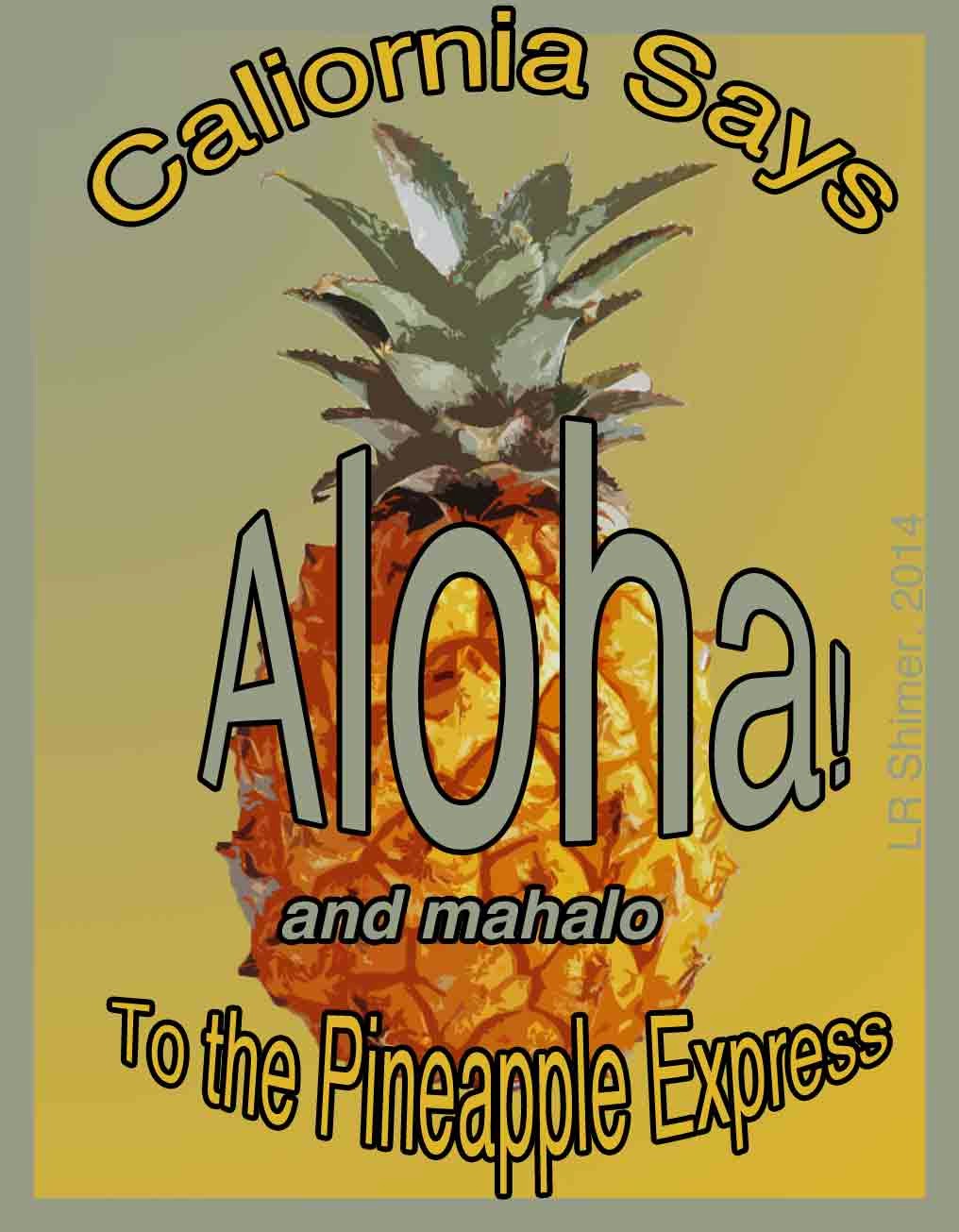 Comes from Hawaii-
Rain rivers crash on our coast.
Mahalo means thanks!


I created this illustration as a tribute to my buddy Kim on the big island of Hawaii, who sent (hopefully) drought-breaking rain my way. She grows the best white pineapples too!

What is this Pineapple Express and how does it relate to the drought in California? http://www.mercurynews.com/science/ci_25088877/california-drought-desperately-needed-rain-courtesy-pineapple-express

Learning to say more than thank you in Hawaiiin
http://hawaiian-words.com/home/hawaiian-dictionary/
Posted by L.R. Shimer at 12:37 PM No comments:


~ ~ ~
Resources
http://www.smmtc.org/plantofthemonth/plant_of_the_month_200612_Poison_Oak.htm
http://plants.usda.gov/core/profile?symbol=todi
Posted by L.R. Shimer at 12:15 AM No comments:

MY HEART BEATS FASTER IN PAST TIMES 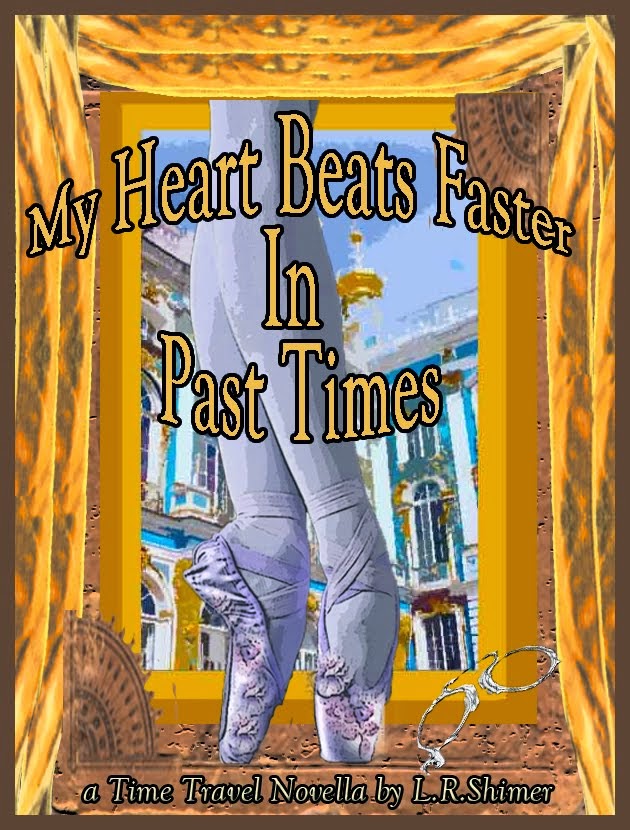 A Time Travel Novella by L.R. Shimer for your Kindle or iPad

A mysterious gift card, turns out to be a curveball that pitches Larissa back through time, to the twilight of Romanov rule in the glittering world of Imperial Russia.

L.R. Shimer’s My Heart Beats Faster in Past Times is in the Kindle Store at amazon.com